AsiaWest Egg Donors is focused primarily on Asian egg donations. We work closely with our egg donors to help others achieve their dream of having a family and we take the time to get to know all our egg donors so that successful matches can be made.

At AsiaWest Egg Donors, all of our donors have been carefully screened prior to becoming available on the donor database. That means that intended parents can select a donor knowing they have met the preliminary medical requirements to be a qualified donor.

AsiaWest Egg Donors’ staff provides an exceptional level of care and support services to our egg donors throughout the screening and donation process.

AsiaWest Egg Donors is also committed to transparency. Our fees are all clearly outlined and there are no hidden costs.

We are a caring and dedicated staff and we get to know each and every one of our clients, which means you will never be dealing with a stranger. We are proud of the experience, skill, and compassion we bring to our relationships with you. 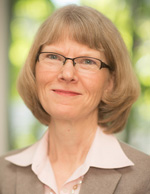 Sandra Hodgson, J.D. is a Director and Founder of AsiaWest Egg Donors, LLC. She has helped form numerous families through surrogacy and egg donation, representing intended parents, surrogates, and egg donors for 20 years.

Sandra is licensed to practice law in Oregon, Washington, and Montana. Her areas of practice include surrogacy, egg donation, and adoption. She has been an attorney since 1985 and in private practice since 1988, before which she was a law clerk at the Oregon Supreme Court and Oregon Court of Appeals.

Sandra feels extremely lucky to do the work she does, and is honored that her clients let her be involved in such a personal journey. When she’s not at work she enjoys cooking, hiking, being outdoors, and spending time with her husband and grandchildren. 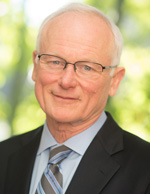 John Chally, J.D. is a Director and Founder of AsiaWest Egg Donors, LLC. He has 20 years of experience as a surrogacy attorney, with a focus on securing the legal relationship between intended parents and their children. He also has nearly 40 years of experience practicing in the areas of adoption and adoption litigation.

John is licensed in both Oregon and Washington. He has a Martindale-Hubbell rating of AV Preeminent, indicating the highest level of professional excellence and ethical standards. He is ranked as a Super Lawyer. John has published numerous articles and book chapters on adoption and frequently speaks at adoption seminars. He was a member of the State of Oregon Task Force on Adoption Services and drafted legislation regarding Oregon jurisdiction in adoption proceedings, which was enacted by the 2003 legislature. He was also a member of the Oregon Law Foundation Adoption Committee, which developed legislation concerning access to adoption records that was enacted by the legislature in 2013.

John is a member of the American Academy of Adoption Attorneys and the American Academy of Assisted Reproductive Technology Attorneys. He was one of the early promoters of open adoption. In 1985 he cofounded Open Adoption & Family Services, Inc., which is one of the largest adoption agencies in the Pacific Northwest and the leading agency promoting open adoption. He served on its board of directors for eight years.

John feels that he is doing the work he was meant to do. Outside the office he enjoys spending time with his three children and four grandchildren. He also hikes, kayaks, and practices yoga. 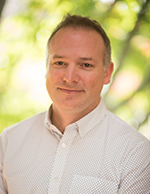 Michael graduated from the International College at the University of Oregon in 1998 with a degree in Asian Studies. He worked in the tech industry for over 15 years designing and building software for both startups and large companies.

Michael grew up in Portland and still lives there with his wife, daughter and son. When he is not at work, Michael likes to travel, ski, bike and read.

What Michael will do for you: Michael works with all of our teams to understand and improve our services and create better experiences for our clients. He also introduces AsiaWest to intended parents as they begin the surrogacy process. 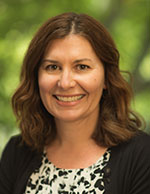 Delcie graduated with a Bachelor’s degree from San Francisco State University in Theater Arts. Before coming to AsiaWest Egg Donor’s, Delcie worked in Sales and was also a facilitator for the national organization RESOLVE.

Delcie grew up in California but moved to Portland with her husband and daughter about 10 years ago. In her free time she likes to paddleboard, read, garden, and fix up their old Portland craftsman.

Delcie is excited to be a part of an organization that is helping to create families and to assist donors in their process.

What Delcie will do for you: Delcie provides information and support to donors throughout the eligibility and application process for egg donation. She also assists donors through their screening, and prepares them to be matched with an intended family, as well as helping with daily operations. 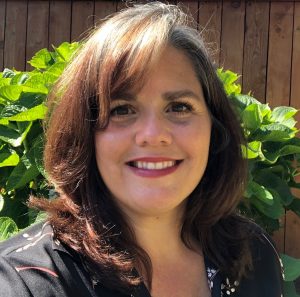 Amber graduated with a Bachelors of Science in Biology from Pacific University.  Before coming to AsiaWest, Amber worked in Sales and Operations Management for over 15 years.  In August 2021, Amber graduated from the Atkinson School of Business at Willamette University, with a Masters in business administration.

Amber lives in Beaverton with her husband and three children.  She likes to travel, hike, read, and is an avid girls’ lacrosse fan.

What Amber will do for you: Amber works with intended parents to identify their perfect donor, managing all of the donor match case management.  She also supports Delcie with donor recruitment and Evan with marketing and branding projects.

Mara graduated with a Bachelor’s of Science in Biology and a Master’s of Business Administration from California State University of Monterey Bay. She previously worked in many aspects of retail and was part of a team that opened three new programs for drug and rehabilitation in the non-profit sector.

Mara was born in Monterey, CA but previously lived in Texas, the Philippines, and Japan. In her free time she loves baking, swimming, enjoying nature, playing video games, and tinkering with fountain pens.

What Mara will do for you: Mara works with intended parents to find their ideal donor, managing the entire match process from beginning to end.

Cassidy comes to AsiaWest Egg Donors with a background in the Pacific Northwest wine industry. She worked at a few local wineries as their subject matter expert to give customers a fun and educational experience. Cassidy also worked on the side as a wedding planner for six years.

Cassidy moved to Oregon from San Diego as a young adult and has spent the last two decades exploring different places around the United States, but has always been drawn back to the Pacific Northwest to be near family and friends. Cassidy loves cooking and creating her own recipes. She enjoys the outdoors and shares a fur-baby named Pippen with her partner.

What Cassidy will do for you: Cassidy helps donors through the entire donation process from initial screening to the retrieval. A former egg donor herself, Cassidy provides support and eases the way for each family and donor as they achieve their dreams.

Lindsey graduated from Western Oregon University with a Bachelor of Art in Political Science and a minor in Sociology. Lindsey is a mom of two awesome little boys and has lived in a handful of states because her husband is in the army. Lindsey has had to wear many hats because of each move, and loved all of the experiences she has gained: substitute teacher, Airbnb owner, licensed real estate agent, social media coordinator and now a case manager!

Lindsey is from an army family as well, so she grew up all over the place, but spent most of her life in Oregon and currently lives in Colorado.  Lindsey loves hiking, snowboarding, reading, running her dogs Molly and Gidget, working out, cooking, and traveling with her family. Anything outside or in the kitchen makes her pretty happy.

What Lindsey will do for you: Lindsey works with intended parents to find their ideal donor, managing the entire match process from beginning to end.

Evan graduated from Yale University in May 2020 with a Bachelors of Arts in American Studies.  She currently lives in New York City and attends Columbia University for graduate school.

Evan enjoys cooking, traveling, movies & TV, and dance.  Alongside her AsiaWest work, Evan also has a food blog and enjoys making food and travel videos on TikTok. Evan is excited to learn more about the egg donation process and meet the amazing families and donors.

What Evan will do for you: Evan works primarily on marketing projects including AsiaWest’s website, social media, and outreach.  She also helps Delcie and Amber with other general administrative work.